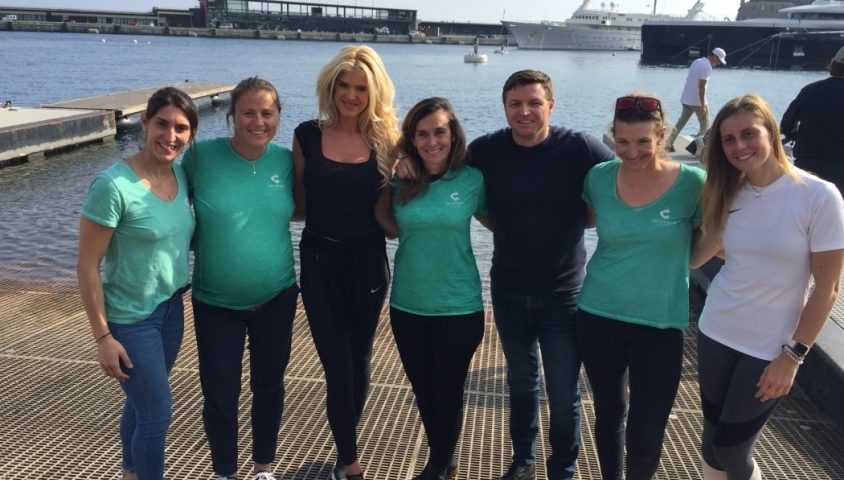 It is a big weekend in Monaco for water sports. The Riviera Water Bike Challenge (RWBC) and Monaco-Athens Paddle take place back-to-back on Sunday, June 5.

The two events start from the Monaco Yacht Club, at 10 a.m. and 2 p.m. respectively, and are tied into the Princess Charlene of Monaco Foundation. No surprise, as the Foundation has a unique ability to shine a light on Monaco’s sense of community and sportsmanship while bringing women to the forefront. Olympic marathoner Paula Radcliffe, Olympic alpine skier Pernilla Wiberg and model and TV presenter Victoria Silvstedt, also a former downhill skier who competed against Wiberg at national level.

Coastal rescue champion Stephanie Barneix is involved with both of Sunday’s fundraisers. She has been race director of Monaco’s favorite water race dating back to RWBC’s first edition in 2017 and also oversaw “The Crossing: Calvi–Monaco Water Bike Challenge,” which Princess Charlene participated in back in 2020.

One of the disciplines of coastal rescue is paddle boarding. “We also use paddle boards to save people from drowning. It is a very effective piece of equipment, Berneix tells Forbes Monaco. Learn more